2. July 2018 / Jens D. Lukaczik is the New President of the Bremen Cotton Exchange 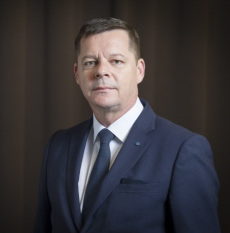 Following his election, President Lukaczik emphasised the fact that “the Cotton Exchange remains a reliable service provider for its members. For the future, we must continue to intensify our communications, both internally and externally. In times of fake news and an increasingly emotional public debate, competence and objectivity are our strengths in public discourse. The aim of the Bremen Cotton Exchange is to further strengthen the clear advantages of the natural and sustainable raw material cotton in the consciousness of the consumer, as well as in ecological, social and political discussion.”

During the General Assembly, the Board of Directors was also newly elected. New to the Board are Stephanie Silber, Managing Director Otto Stadtlander GmbH, Bremen, Jean-Paul Haessig, RCMA Asia PTE LTD, Singapore and, as a representative of the Swiss textile industry, Peter Spoerry, Spoerry 1866 AG, Flums. Remaining on the Board are Jan Kettelhack, Hch. Kettelhack GmbH + Co. KG, Rheine, Konrad Schröer, Setex-Textil-GmbH, Hamminkeln-Dingden, Axel Trede, Cotton Service International GmbH, Bremen and Hannes Drolle, Getzner Textil AG, Bludenz, Austria. Rainer Hammer, Otto Stadtlander GmbH, Bremen, who has been a member of the Board since 1996, left the Board, as did Martin Kaegi, Hermann Bühler AG, Winterthur, Switzerland.

The members of the Board and the Executive Committee represent different areas of the textile supply chain, e.g. trade, processing and logistics. With this diverse expertise, the Bremen Cotton Exchange has access to a comprehensive network and global information resources throughout the cotton industry. 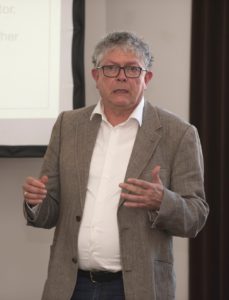 At its 144th Annual General Assembly in the 146th fiscal year, the Board of Directors reported to the members on the past financial year and presented its accounts in accordance with the articles of the Association.

At the end of the General Assembly, there was a speech by Dr Ludger Weß on “Genetically Modified Cotton: Myths and Reality.” Dr Weß advises innovative companies on strategic communications. He has also worked as a writer and commentator since the 1980’s, especially in the field of genetic engineering and modern agriculture.