Prof Dr Andreas von Tiedemann is head of the division of plant pathology and crop protection in the Department of Crop Science at the University of Göttingen. The Bremen Cotton Report regards today‘s conversation as an impetus on the topic of agriculture and crop protection. Discuss along. 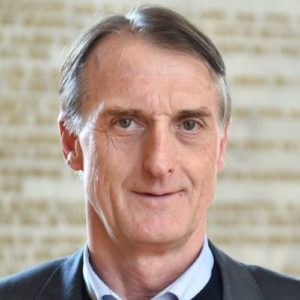 Prof Dr von Tiedemann, Crop Protection: What do we actually need it for? Is it possible to do without it?

The analogous question would be: Do we actually need medication, is it possible to do without it? Everyone knows the answer, but most do not realise that the crops, from which we get our food or important raw materials, were only made useful by breeding them from wild plants. After a long evolution, wild plants possess effective, mostly toxic, defensive substances against harmful pests, which, however, make them inedible and therefore useless for consumption. As we have removed this inedibility, they have lost their natural defences. If we do not replace these in the form of crop protection, crop plants cannot produce any yield. A cultivar of any crop plant whatsoever might not survive in the wild. Incidentally, this applies in the same way to yield-oriented and organic cultivation, which is why organic cultivation also requires crop protection.

What is the significance of the use of synthetic pesticides in combating pests?

According to a 2019 study by the University of Leuven for the EU Parliament, chemical crop protection contributes between 20 and 40 percent to the yield of important food crops such as cereals, potatoes and soya beans. In view of the century’s challenge of increasing food production by 80-100% by 2050 to feed the then roughly 9 billion people, this is a significant contribution. This corresponds with older studies, which assume an average loss of yield of around 30 percent in the absence of crop protection. Translated to the hunger rate, not using pesticides would increase the number of starving people from the current 800 million to around 3 billion; the hunger rate would thus quadruple from currently nine to around 38 percent. This does not even take into account the importance of crop protection in securing yields. If it were omitted in any one year, it would also lead to an almost total loss of harvests.

How great are the dangers that synthetic pesticides will damage the soil, plants and animals?

We have known since the 1960s that chemical crop protection can have potentially harmful side effects. Consequently, ever stricter requirements have been developed since then, according to which crop protection products may be approved and used. As a result, we are now dealing with a de facto risk-free technology which, from a factual point of view, has a far better risk-benefit ratio than most of the other civilisation-supporting technologies of our time. This has been made possible by the fact that almost no toxic, bio accumulative or difficult to degrade substances are permitted or used any more. Neither this fact nor the considerable reduction in the risk potential of crop protection products is noted or appreciated in the media, or by the public. The risk assessment of crop protection is no longer based on current knowledge. It is very much influenced by the media and seems to relate to the situation in the 1960s and not to that of the present.

How do you rate the effectiveness of biological pesticides in combating diseases?

For reasons that can be easily explained biologically, the efficiency of biological pesticides is in most cases limited and biological processes are therefore not very reliable. Despite enormous research efforts in the last 50 years, it has only been possible in a few cases to develop biological preparations or processes that meet the practical requirements. In Germany, for example, biological pesticides only cover around 50 of the total of around 5,500 indications in agriculture, forestry and horticulture, i.e. less than one percent. Even if the large chemical companies are currently investing heavily in the subject of biologicals, I see little prospect of processes that could significantly relieve or even replace chemical crop protection in the future. However, we should of course use all effective methods according to the concept of integrated pest management.

How do you explain the great love that Europeans have for organic farming and, in your opinion, could there be synergies between organic and conventional agriculture?

This preference is based primarily on a very successful image campaign that has been carried out intensively for decades. It has managed to offer consumers products at increased prices that are demonstrably neither healthier, more sustainable, or more environmentally friendly. This is possible because the campaign reaches a largely urban population who, on the one hand, are seeking a place to live out their desires for nature and, on the other hand, are far removed from the necessities and conditions of agricultural production.

What is the current situation concerning glyphosate?

Applications to extend approvals are currently being processed. Four Rapporteur Member States had been appointed to widen the process. I cannot imagine that the European Food Safety Authority (EFSA) will ultimately come to a negative decision, especially as all approval authorities worldwide have come to the same assessment, namely that glyphosate should be approved according to the currently valid criteria. For agriculture, a ban will lead to a step backwards not only in terms of productivity, but above all in terms of ecological standards. It will be very difficult for politicians to turn around, although the dossiers will not allow a ban based on the current scientific status. It is therefore possible that a political decision will be made, as enormous public pressure has been built up through extremely one-sided media coverage. If it comes to that, it would be the obvious end of a fact and science-based approval process.

How is climate change affecting the incidence of plant diseases?

In the current crop protection situation, long-term climate changes are less important than the current weather situation. Agriculture has had to adapt to this from the very beginning and does so every year at an infinite number of different locations with great success, as decades of increasing yields have impressively demonstrated. Since climate change has not only existed since the media discovered it and agriculture has always been able to adapt to it, I have no doubt that this will also be the case in the future. As far as the emergence of new pathogen problems is concerned, various studies show that the impact of climate change is minimal compared to the effects of changes in the cultivation system. Examples of this are the expansion of maize cultivation due to changes in energy policy, or changes in soil cultivation methods.

What (other) challenges will agriculture face in the future?

The greatest challenge facing agriculture is, and will always be, supplying a growing world population with sufficient and high-quality food. Perhaps the current challenge lies in not forgetting this actual task against the backdrop of newly emerging objectives such as conservation and the preservation of biodiversity.

As an agricultural scientist, I am not a lobbyist and therefore cannot make any demands on agricultural policy. My demands would be directed at the politicians responsible for research. I would like to see a funding policy here that does not align the issues with the mood in society, but with the real needs of agriculture.

Thank you for the interview!

The interviews in the column “Question Time“ embody the opinion of the respective interview partner and do not represent the position of the Bremen Cotton Exchange as neutral, independent institution.