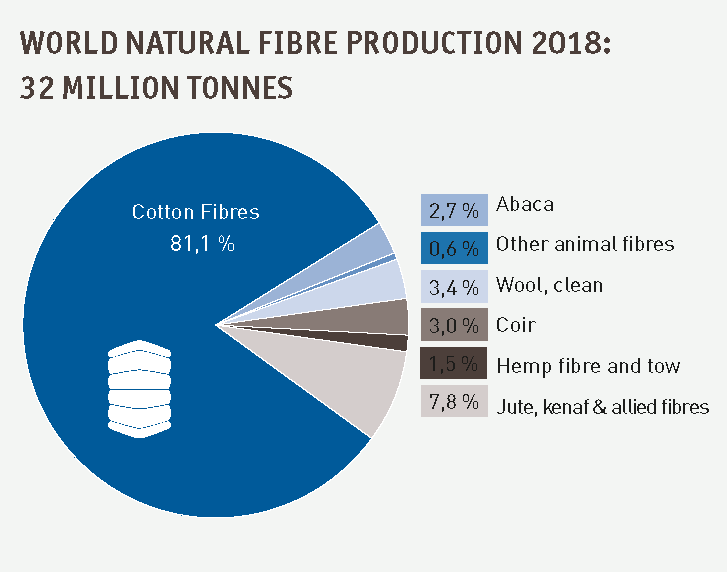 The farm value of world natural fibre production in 2018 is estimated at $60 billion, up from $40 billion in 2016 and 2017. Cotton accounted for two-thirds of natural fibre production by value, and wool accounted for one-fourth. Prices of cotton have been above average in recent years as the Government of China has withheld supplies from the market through the operation of a State Reserve. Prices of wool were record high in 2018 caused by declining sheep numbers linked to drought in the Southern Hemisphere. 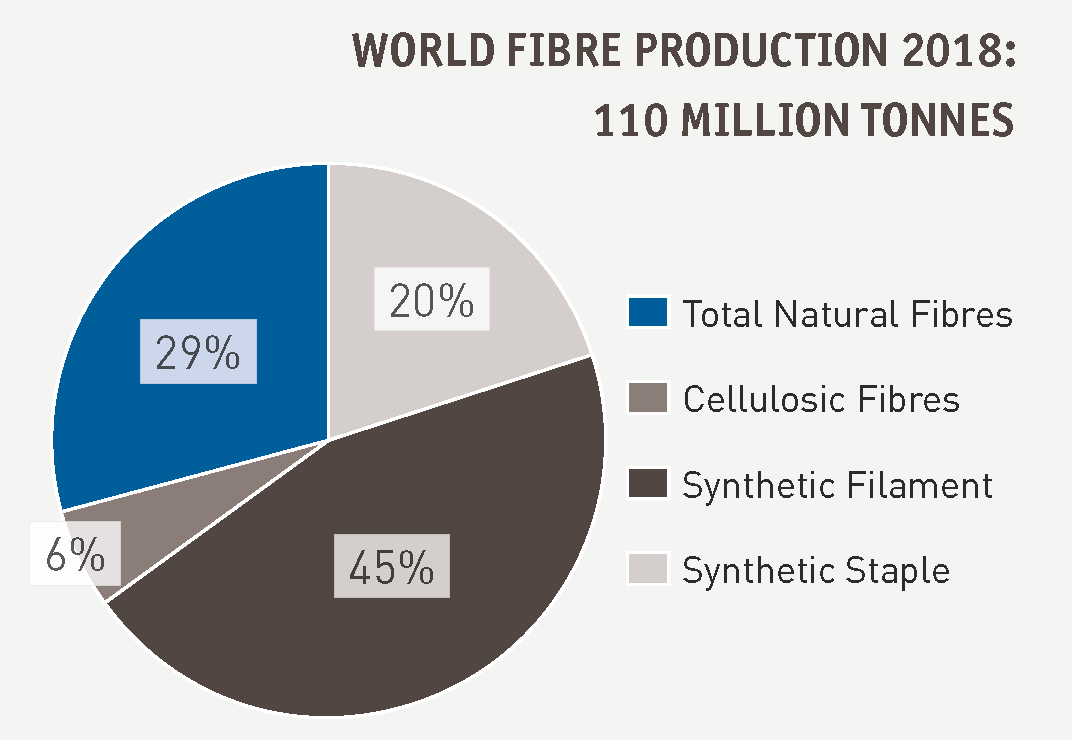 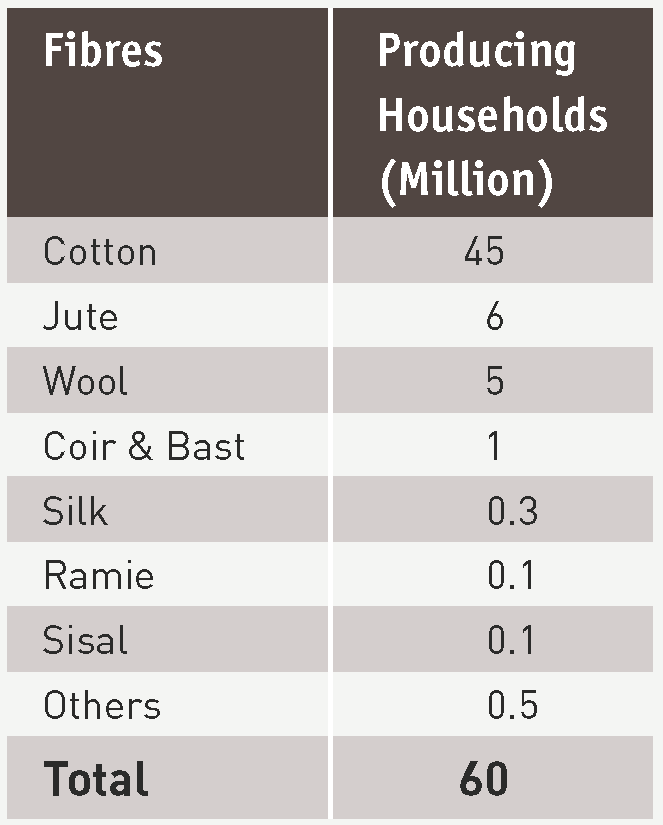 Employment in natural fibre industries is difficult to estimate because households may be engaged in production one year but not the next, households vary in size, not everyone in a household may be engaged in production, and because many governments maintain employment statistics for the agricultural sector as a whole, but not for individual agricultural products. DNFI estimates that about 60 million households worldwide are engaged in natural fibre production, and that total employment, including both full-time year-round employment and part time or seasonal employment, is around 300 million, which represents about 4 percent of the world’s population.

Earnings per household vary substantially across industries and regions. A small holder in Bangladesh may earn the cash equivalent of $50 per year from jute production, in addition to the production of food crops and animal products in an integrated farming system. In contrast, a large mechanized cotton farm in Brazil or wool operation in Australia might gross $50 million a year. The mode for household earnings from natural fibre production is $1,000 in gross revenue per year.

Natural fibres are grown commercially in almost all countries, and about 150 countries are involved in exports or imports of natural fibres. Natural fibres connect people to markets because they are storable, durable, they have high ratios of value to the cost of transportation, and because many natural fibres can be produced, either in arid regions, like cotton and wool, or in extremely wet regions, like jute in India and Bangladesh. 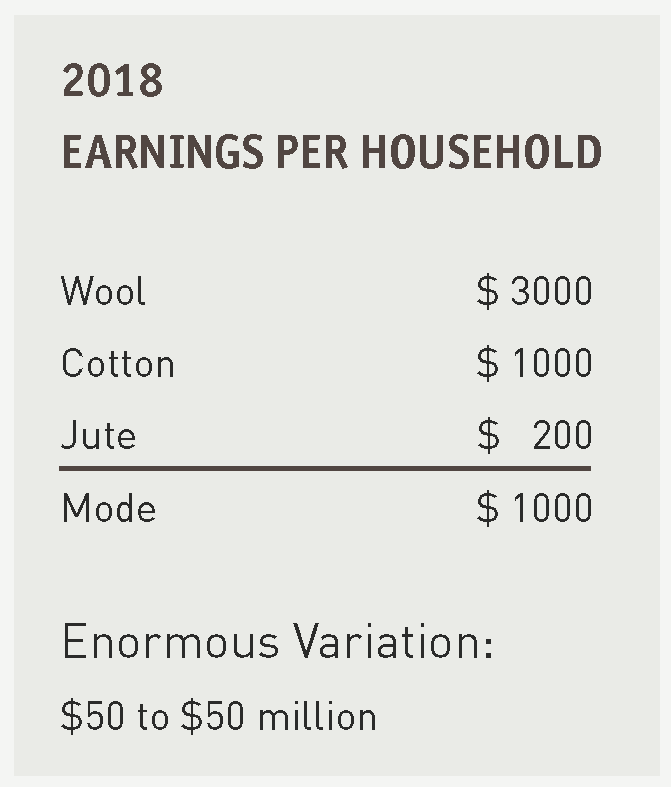 In many producing regions, natural fibres are the only viable economic activities available, providing incomes to millions. Income from fibre production can be used to pay school fees and health costs or to purchase food. Natural fibres are almost always grown in rotation with food crops or they provide food as by-products. As cash products, natural fibres often serve as collateral against input loans to farmers in developing countries, allowing farmers access to fertilizer, insecticides and seeds for food crops that would otherwise be unavailable. Consequently, production of food rises in areas where natural fibres are grown.