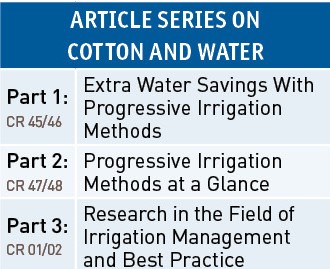 The first article of this series has already indicated that the application of irrigation is usually based on a cost-benefit analysis. Since water is a limited resource, and due to economic constraints related to costs of water, pumping and labour needed to apply irrigation, producers are prudent in managing this resource. In general, there are three different methods of irrigation: Surface water irrigation, sprinkler irrigation and drip irrigation.

Some of the first irrigation systems were siphon tubes that were placed in a ditch and channelled water between the rows of the crop, or diverted water to “flood” a basin all at one time. This approach is referred to as “surface” irrigation (also known as flood or furrow irrigation) systems because the water travels along the surface of the field. If the field is well designed with the right slope, and properly operated, surface irrigation can be an efficient method of delivering water to crop. However, those conditions are not always met and surface systems are often very labour-intensive. 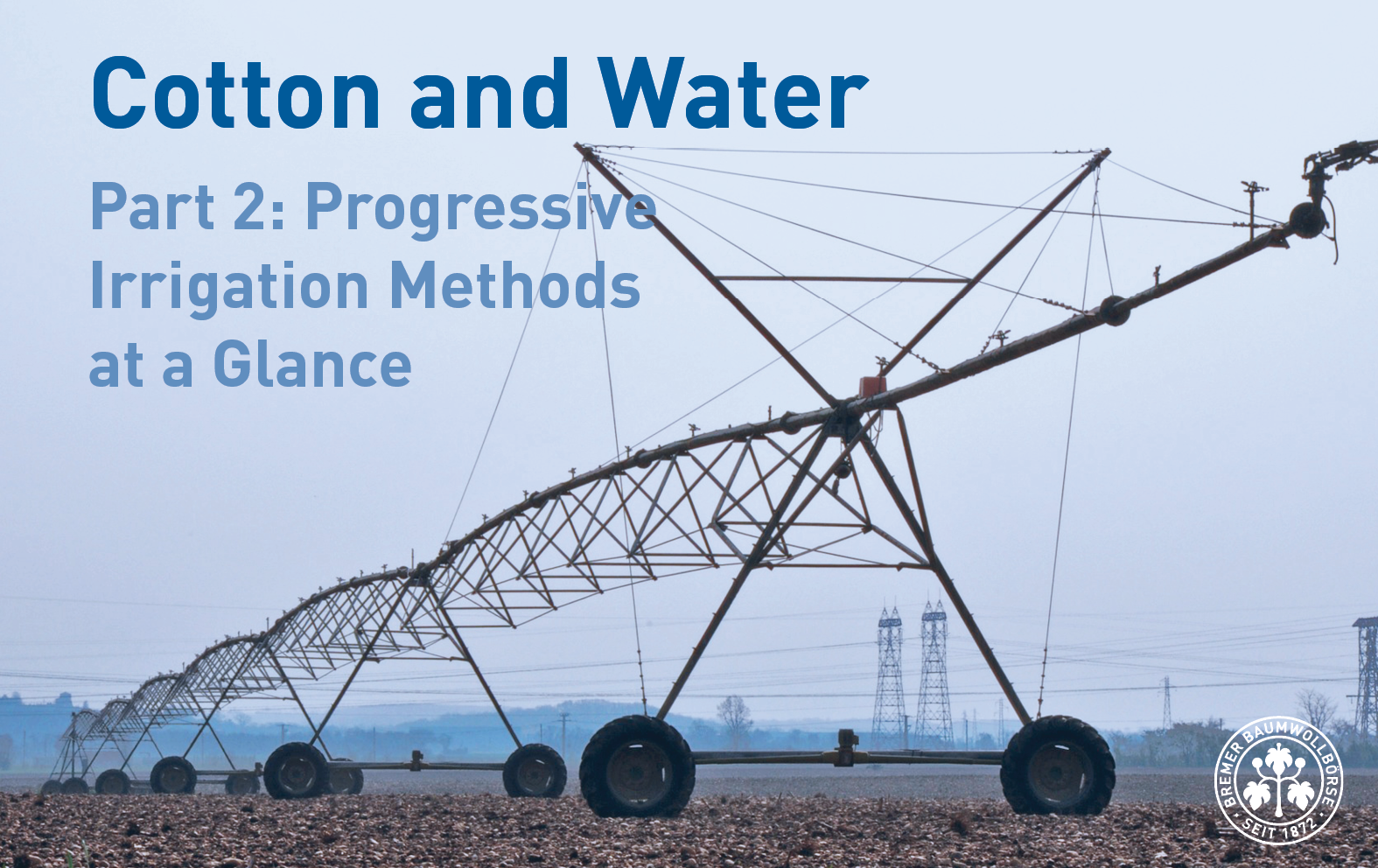 Another method used to irrigate crops is with sprinklers, similar to the ones many people use to water their lawns. In most cases, the sprinkler irrigation systems used for cotton are mounted on a “centre pivot.” The earliest versions of the centre pivot had sprinklers mounted on top of the pipe carrying the water but in arid areas, this can lead to a great deal of water loss due to evaporation. Therefore, most cotton producers in arid areas use sprinklers placed just above the plant or are implementing “Low Energy Precision Application” (LEPA) systems on their pivots. These sprinklers on top of the centre pivot are replaced with drop lines that “lay” the water down between crop rows. The transition from surface to sprinkler systems is evidenced by data that show the percentages of irrigated cotton acres by surface and sprinkler systems equalizing over time. Irrigation delivery methods continue to be refined to make sure producers get the “most crop per drop”.

The latest trend in cotton irrigation systems, particularly in West Texas where water resources are becoming limited, is subsurface drip irrigation systems. Israel has mainly been using drip irrigation as well. This type of system is expensive to install and maintain, as it involves running a series of tubes about 6 to 18 inches below the surface of the entire field. However, it is a very efficient way to deliver water directly to the root zone of the plant. Tubes are spaced either under each row, or between every other row depending on the soil type and environment.

Installation of subsurface drip irrigation (SDI) has turned out to be a desirable delivery method because its installation below ground eliminates evaporation from the soil surface. In fact, studies have shown that cotton grown under SDI decreased daily crop evapo-transpiration by 75% and had the highest water use efficiency for lint production. The potential for introduction of reusable water into these new age irrigation systems could increase the sustainability of SDI systems even further.